Kwame Phillips (14PhD and faculty member at John Cabot University in Rome, Italy) and Emory Department of Anthropology Professor Debra Vidali are presenting and installing experimental ethnographic work at the British Museum in London on June 2. Their project “Kabusha Radio Remix,” is an ethnographic sound installation that turns the tables on colonial soft power and creates a tribute to the late David Yumba, wise man of the Zambian airwaves. The installation re-purposes archived audio recordings from Yumba’s popular Radio Zambia program, Kabusha Takolelwe Bowa (a Bemba proverb meaning “The Person Who Inquires First, Is Not Poisoned by a Mushroom” or “The One Who Asks Questions, Never Goes Wrong”). Learn more about the remix project on the Bemba Online Project. Phillips and Vidali’s presentation Collisions of Memory, Voice, Sound, and Physicality though a Multi-sensorial Radio Remix Installation will be at the Art, Materiality and Representation conference, hosted by The Royal Anthropological Institute, The British Museum, and University of London SOAS.

Dr. Bradd Shore, outgoing chair of the Department of Anthropology at Emory University, will receive the SPA Lifetime Achievement Award for 2019.

John Lindo’s publication in The American Journal of Human Genetics is featured in Emory News. Dr. Lindo specializes in the molecular and computational aspects of Ancient DNA research. He presents his work on the Native American Tsimshian tribe and their population changes based on DNA research.

“I want to help Native American tribes to reclaim knowledge of their very ancient evolutionary histories — histories that have been largely wiped away because of colonialism,” says Emory geneticist John Lindo in the Emory News article.

Michelle Lampl, Charles Howard Candler Professor of Anthropology and director of the Center for the Study of Human Health, will receive the Emory University Exemplary Teacher Award (formerly known as Scholar-Teacher Award) at Commencement Monday May 14. Congratulations!

At our Honors and Awards Luncheon on Friday, April 27, the Anthropology department recognized six Anthropology undergraduate students who successfully defended honors theses this year. These students are scheduled to graduate with honors on May 14. Please join us in congratulating these students on their hard work and accomplishment!

Gordon Hong – From the Horn of Africa to Clarkston, Georgia: Subjective Well-Being of East African Immigrants and Refugees
Advised by Peter Little

A list of all previously completed Anthropology honors theses is available at http://anthropology.emory.edu/home/undergraduate/opportunities/honors.html.

The Anthropology Department is pleased to announce the 2018 student award winners!  Undergraduate awards were distributed at the Honors and Awards Luncheon on Friday, April 27. Full award descriptions are included below. We are so proud of our many impressive and engaged students! 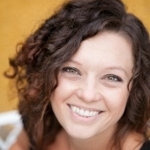 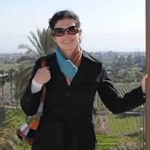 For an Anthropology senior who has shown significant achievement in their undergraduate career, both academically as well as through extraordinary engagement and/or service relevant to their study in Anthropology.

For an Anthropology junior who shows great promise at this stage in their undergraduate career, both academically as well as through extraordinary engagement and/or service relevant to their study in Anthropology.

Funded by multiple donors, the Trevor E. Stokol award honors the life of Trevor Stokol, an Emory anthropology undergraduate who was preparing to enter medical school when he went missing on Mt. Everest in July 2005. The Stokol award is made annually to an Emory undergraduate student with the best senior research project that may include a Senior Honors Thesis. A memorial for Trevor stated: “Trevor Eric Stokol died “living his dream” with camera in hand near Mt. Everest Base Camp in Nepal. Tenacious and resilient, strong physically, emotionally and in truth, he lived an impassioned and full life. Trevor was a graduate of RMA and Emory University and was about to start medical school, no doubt to serve the disadvantaged. He lived his 25 years with gusto, knew no stranger and died at peace with himself and the world around him.”

Marjorie Shostak Prize for Excellence and Humanity in Ethnographic Writing

In 1999 The Department of Anthropology announced the establishment of the “Marjorie Shostak Prize” to be awarded each year to an Emory student whose paper reflects original research on some aspect of human life experience.  The prize commemorates the life and work of Marjorie Shostak, author of Nisa: The Life and Words of a !Kung Woman (Cambridge, Mass., Harvard University Press, 1981, republished 2000) and the sequel Return to Nisa (Harvard, 2000). These works were highly praised for the immediacy of the writing, the personal character of the ethnographic encounters, and the complete absence of jargon, without any sacrifice of anthropological accuracy or validity. The presence of the ethnographer as an individual in these writings gave the reader an opportunity to take her perspective and biases into account in evaluating the descriptions and interviews.

The award is bestowed on papers/theses that take a direct, personal approach to ethnography, without sacrificing validity or analysis, in keeping with the spirit of Shostak’s work. In the best submissions, human beings will come alive on the page, giving the reader a strong experience of the culture those people belong to. The writer will also attempt to analyze or interpret the experience, but with a minimum of jargon.

George Armelagos Award for Excellence in Teaching by a Graduate Student

This annual award is to recognize graduate students in Anthropology who have demonstrated excellence in undergraduate teaching during their time at Emory. One goal of our graduate program is to develop the teaching skills of all doctoral students.  This is part of our requirements for the PhD and is actualized through the LGS TATOO program, required teaching assistantships and the teaching roundtables.  This award is given based on a student’s record in teaching and contributions to the undergraduate program over the entire span of their career at Emory.  The award is funded through an endowment set up by the late Professor George Armelagos – a distinguished scholar, teacher, and mentor.  It was his desire that the department recognize graduate students who are exceptional teachers, and that this recognition might help them on the job market.

Congratulations to the winners of the Anthropology Photography contest!

Amelia is a graduating senior and an Anthropology major. This year, she wrote an honors thesis called, “Booty Hop and the Snake: Race, Gender, and Identity in an Atlanta Strip Club,” for which she also won the Undergraduate Shostak Award for Excellence and Humanity in Ethnographic Writing. The award winning photograph is called “Everything in Excess.”

This photo is of my family’s Great Dane, Yeagar, blocking the flat screen television in our game room. Behind the dog is a wall of photos from family trips all over the world from when we were children. This photo emphasizes an aspect of the culture of wealth in the United States. Everything in this photo is in excess. The size of the dog, the size of the television, and the size of the wall covered in photographs from around the world. The irony of this image is that the excessiveness of the size and wealth in the foreground is contrasted with the images on the wall which display family trips to predominantly less affluent areas of the world in Kenya, Tanzania, Liberia, Mexico, and Israel. The wall offers a glimpse of other realities of the world while being displayed among the comfort of an upper middle class family in the U.S. This image speaks to the culture of wealth in the United States where people often display said wealth through conspicuous consumption but also through displaying mementos representing the contrast in economic status of the reality of majority of the world.

Aiman has recently returned from fieldwork in India for his dissertation, “The Elusive Community: The Making and Unmaking of Muslim Minority Voices in Mumbai, India: An Ethnographic Account.” The second place photo was taken in Mumbai.

Who – The owner and his watch shop     What – Waiting for customers   When – 24 December 2016    Where – Opposite the bustling CST terminus (formerly Victoria Terminus) a World Heritage site and tourist hotspot, Mumbai, India

The picture captures a moment in this watch shop owner’s tiring wait for customers amidst the bustling environs of the World Heritage site. With the availability of cheap mobile phones mostly made in China most people have stopped using watches and clocks to keep time and small businesses such as this one are struggling to stay afloat. 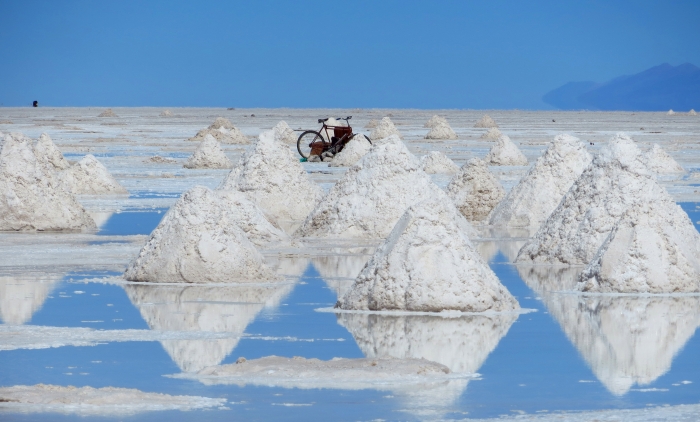 Sarah is currently conducting fieldwork in the Italian Alps for her dissertation, “Climate Change and Well-being in the Italian Alps.” Her third prize photo similarly displays her interests in climate and human interactions with the environment.

The photo captures a bike in the middle of the 4000 square mile Salar de Uyuni in Bolivia, the largest salt flat in the world. The photo suggests the presence and activity of humans in an otherwise empty and seemingly inhospitable landscape. People from nearby towns arrive by bike, foot, or truck to harvest the salt, which they collect into small piles and then transport out of the flats. The Salar is an important international source of salt and the mineral lithium, used to treat bipolar and to make electric car batteries, smartphones, and fertilizers. Bolivian president Evo Morales has promised to develop the extraction of minerals from the flats to meet worldwide demand. While increased extraction would bring more jobs and much needed economic growth to the area around the Salar, local residents worry about the environmental impact and the impact on tourism. The flats are a major tourist destination, a stop on the “gringo trail” through South America. The future of the flats remains uncertain as international, national, and local political, social, and economic interests and opinions continue to clash, some people wanting to push forward, others not wanting the Salar to change. In the meantime, local residents continue to ride their bikes into the flats, harvest its salt and show tourists its beauty, and make a living off a harsh landscape that has remained unchanged for centuries.

Kaitlin is currently conducting fieldwork in China, for her dissertation, “Clans and Classmates: Kinship, Migration, and Education in Southwest China.” Her photo was chosen by those who visited the exhibit and voted for their favorite.

A Nuosu funeral in Dechang County. In Nuosu culture, funerals are more important than births or weddings, and they bring relatives and community members together. In this photo, women prepare fireworks to guide the funeral procession and the deceased’s soul down the “road of spirits.” This photo is “anthropological” because it shows the relationships between the living and the dead, who continue to live through constant cultivation and reinvention of the community.

Thank you to everybody who participated!